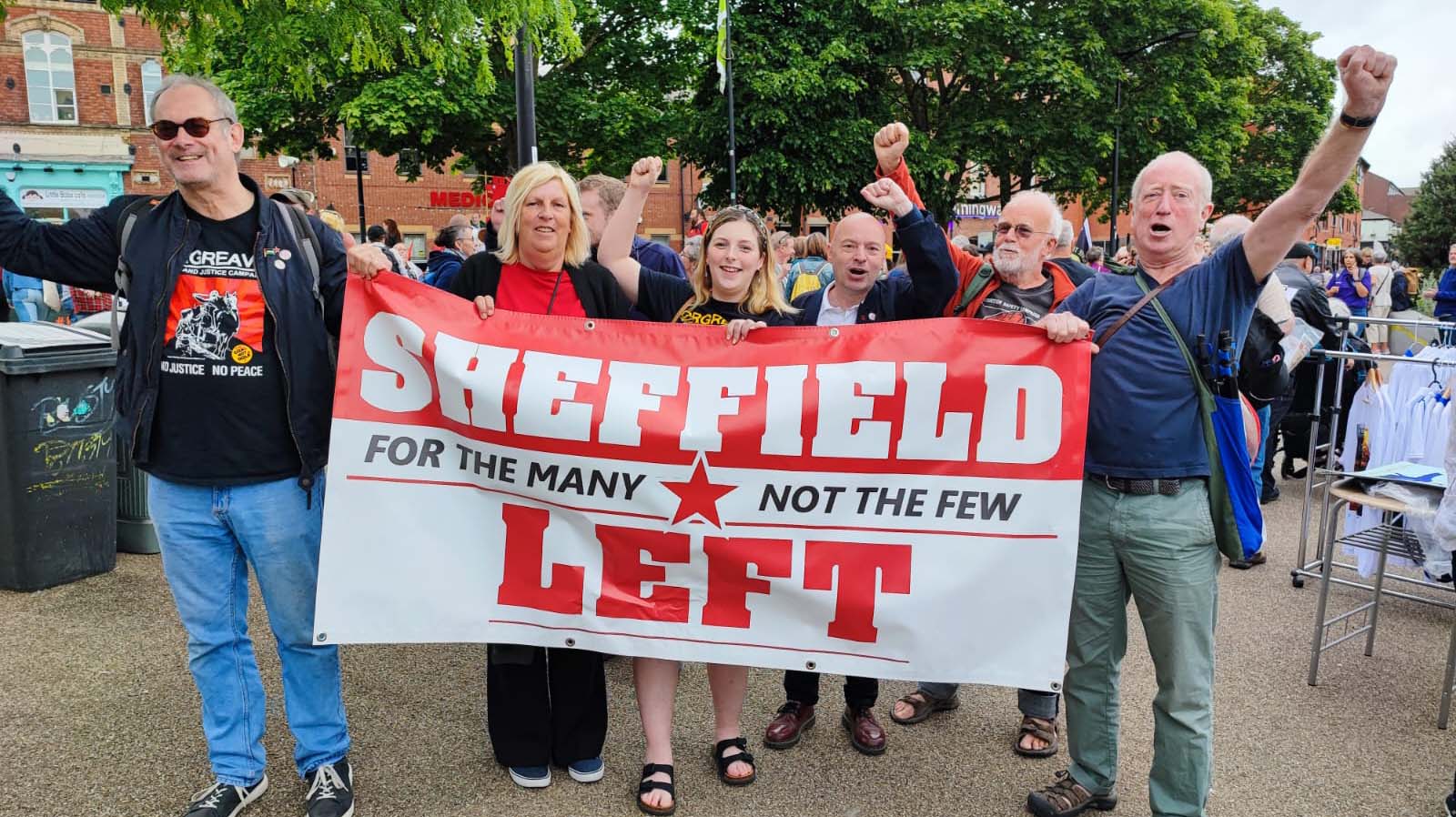 Sheffield Left launched on May 1 2022, International Worker’s Day, as a new political home for those who want to pursue socialist answers to the problems created by capitalism.

It replaces Sheffield Labour Left that has been organising within the Labour Party locally since 2017.  Sheffield Left recognises that, while some will still seek socialism through the Labour Party, for many that is no longer a political solution.

“Following the resignation of Jeremy Corbyn and others in the leadership of the Labour Party, for many people who share the ideal of solidarity with the working class there is no obvious political home in the current political landscape.

“Sheffield Left offers that home and looks to support those in struggle – locally in Sheffield , nationally against the Tories and internationally in places such as Palestine.

“We support the principle of public ownership and control over private profit which was encapsulated in the policies presented by Corbyn in his time as Labour leader.

“This is not a Corbyn fan club looking to turn back the clock but a progressive banner for those wanting, as a minimum, a living wage for workers such as those in the gig economy, fair rents on housing and a welfare system to help those least able to help themselves.”

Sheffield Left is seeking to support any group in Sheffield in conflict with employers, landlords or government exploiting their elite position of power putting profit before people.

What we stand for

Sheffield left is a socialist group that seeks the radical transformation of society.  We are anti-capitalists who recognise the primacy of the class struggle to bring about the change necessary for humans to live a free and fulfilling life.

We are in favour of an equal society based on need and not on profit, and therefore oppose the present oppressive aspects inherent in capitalism of racism, sexism and all other forms of discrimination and oppression.

We believe in collective ownership and democratic control of the means of production, and of all essential services e.g. health, utilities, transport.

We are anti-imperialists supporting the struggles of progressive organisations opposing imperialism and settler-colonialism.

We are internationalists and support our sisters and brothers across the planet who are fighting for a better, socialist, world.

We recognise the importance of an organised working class and support workers joining and transforming their trade unions into democratic organisations of the working class.

We believe in the importance of open public debate of socialist ideas.

We support the idea of a mass democratic socialist party, which allows the formation of temporary or permanent internal tendencies and factions, and we will work towards achieving that.