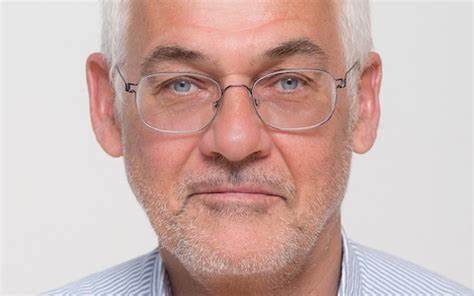 On 16 November 2022 Martin Mayer was expelled from the Labour Party.

Martin had 41 years of continuous Labour Party membership, which included 6 years on the Labour Party NEC as a delegate from UNITE the union.  Martin retired from the NEC in 2017.

On 16 November 2022 Martin Mayer was expelled from the Labour Party.

Martin is a life-long trade unionist, internationalist and socialist with a proud record of active service in the Labour and Trade union Movement.  Having served 20 years on the General Executive Council of UNITE till his retirement in 2013, Martin is currently the Secretary of Sheffield Trades Union Council and has consistently been re-elected in that role since 2013, having served as President before that, and sits on the Regional TUC Executive Committee.

Martin has been a member of Sheffield Left since it was founded in December 2018.

The reason for the expulsion was simply for addressing a Labour Against the Witchhunt meeting in 2018, 3 years before it was proscribed in 2021.

Martin does not dispute the fact he spoke at the meeting, as an invited external speaker, to explain what he had witnessed as a UNITE delegate to the Labour NEC regarding the role Iain McNicholl and the Central Office staff had played in undermining Jeremy Corbyn’s leadership, targeting Corbyn supporters for expulsion and/or suspension particularly during the leadership elections to deny them a vote, and weaponising the issue of antisemitism.

Martin’s presentation to this meeting was subsequently vindicated by the Forde report.

The expulsion of Martin is yet another blatant example of the biggest purge of the Left in Labour’s history under Keir Starmer’s leadership, with many thousands of members similarly expelled over the last 3 years.

Sheffield Left calls upon socialists and trade unionists to move motions in their Labour Party Branch/CLPs and Trades Councils calling specifically for his reinstatement and for expulsions as a result of retrospective proscriptions to be rescinded.